While I was at my internship at Yankee Scientific, I was given an Arduino, an LCD display, a control panel, and some sensors to tinker with in my spare time. I used the LCD display to show the values of a light and temperature sensor, and used the control panel to set limits for both values. As soon as either sensor value passed the limit threshold, a set of LEDs would light up. 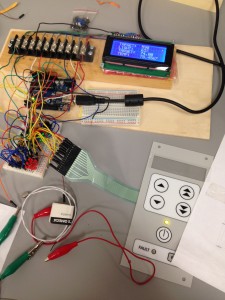 This was the final implementation of the project. 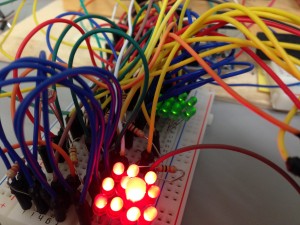 Here is a close up of the LEDs going off.

A slightly further-out close up of the Arduino and breadboard.